Aspartame is used fairly extensively in foods as a sweetener that doesn’t raise blood sugar. It has become very popular with diabetics and people who follow a ketogenic diet because it allows them to indulge in sweet treats without the typical rise in blood sugar and insulin. At first glance it can seem like a good choice since it doesn’t cause the typical blood sugar response, but there is some controversy surrounding aspartame. It was created in 1965 by combining amino acids phenylalanine and aspartic acid with methanol. It took a long time and a lot of studies before aspartame was approved by the FDA in 1981. After it was available there were over 10,000 complaints lodged with the FDA between 1986 and 1991. That’s just 5 years with nearly 100 different symptoms being reported. Everything from headaches and dizziness to seizures, convulsions and MS-like symptoms. (1) There has been a lot of research trying to separate fact from fiction surrounding the information on aspartame. Researchers go back and forth on whether or not aspartame contributes to the increased incidence of certain brain tumors. Russell Blaylock, MD spent a lot of time studying aspartame and discovered that the methanol breaks down into formaldehyde and that makes aspartame “a dangerous neurotoxin which can damage the nervous system and it is a significant carcinogen for many organs.” (2) He has found that aspartame can cause cell death in the brain. Many diabetics have turned to aspartame as a sugar alternative since it isn’t supposed to raise blood sugar, but new studies are finding that it can alter insulin sensitivity and contribute to creating diabetes. (3) Keeping these things in mind, PHD recommends alternative sweeteners such as stevia, erythritol, and our favorite, allulose. 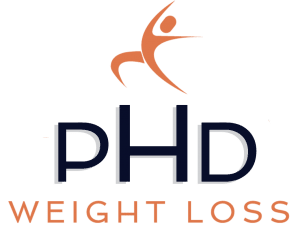 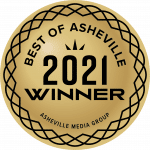 Performance. Health. Diet. We at PHD Weight Loss passionately believe that what we eat, and how we think and feel influences our quality and quantity of life. Our team looks forward to helping you achieve your health and wellness goals. STAY IN TOUCH WITH US

Be the first in the know with PHD Weight Loss announcements and education sent straight to your inbox.

Complete the form below to claim your FREE digital copy of 5 Steps to Reset the Scale!

Complete the form below to claim your free* copy of 5 Steps to Reset the Scale!